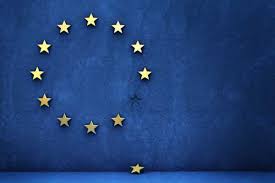 Brexit surprised many.  What a mess.  I bought The Times, the Daily Mail and the International New York Times on Sunday to figure out what was going on.

Not there yet.  Mike Dooley posted a quote:  Question everything that doesn’t make sense until it does make sense.  I think I am going to be questioning this for a long time.  What worries me is that so many people voted to Leave without understanding the full ramifications.  Just read about a small county that voted overwhelmingly to leave.  And now they are suddenly aware that the big subsidy they received from the EU might be (?might? WILL) be going away.

And there is no exit strategy.  Not on Cameron’s side.  Not on the Leave campaign side.  The EU is saying hurry up and leave since you want out.  And Britain is saying we are not ready to formally declare our resignation.  Once they give notice, there is a two year time frame to untangle the arrangement.  And the EU doesn’t want to make this an easy process.  And of course they don’t.  If it’s simple and painless, there are several other countries that will want out.  And then the whole thing might collapse.

And of course there’s the complication that Scotland, Northern Ireland, Gibraltar and London want to remain.  And now Scotland wants out of the UK again.  Maybe.  And Spain wants Gibraltar.  And the far right in the Netherlands and in France are talking about getting out too.

David Cameron didn’t have to hold this referendum.  Just sayin’.

Amazing to hear the people who voted to Leave to send a message, thinking their vote wouldn’t really count.  And the lies that the Leave campaign made.  Hoping the US pays some attention to this!

Yup.  Then there’s the US election.  I keep getting reminders from the US Embassy here about registering to vote.  I thought I had registered in May as an overseas civilian but I hadn’t heard from the Sac Registrar of voters.  I called today.  Yes.  They have my e-application to change my status.  But it won’t be processed until after the June ballot is closed up.  So I should hear by September.  However, there should be no problems.  Everything on my app looked good.  I chose the vote electronically option.  Wish I could do that even when home… but if I am back in the States for the following election, I have to change it back.

Seems funny to be classified as a Civilian Overseas.  But I guess that’s what I am.

Oh and more Brexit news – the official working language of the EU is English.  Just read that maybe it will change to French.  Which it was before England got in and the Scandinavian countries joined.  English really is the most commonly shared language but wouldn’t it be awful to continue to speak English when the damned British divorced you?  Even if it makes sense.

Aside from election woes, I have had a fabulous day.  Today was my first formal coaching session with a client using the Enneagram.  I use Myers Briggs Personality Type Indicator and Gallup’s Strengths Finder in my coaching practice.  In March I attended a week-long training on the Enneagram.  Adding that third assessment makes the coaching process much deeper and richer.  I love it when clients have meaningful insights… moments when they just stop and say, I never thought of that!  Or what a great question!  The sad thing is that, while I can find MBTI in French and Gallup has a French version of their assessment, the instrument I use for the Enneagram is not in French yet.  Patience.

One thought on “Elections…”